Press Statement: IMPAACT4TB Welcomes Gains in TB Prevention Among People Living With HIV, But Calls for Urgent Action to Address TB Prevention Deficits Among Children and Household Contacts of People Affected by TB

(Johannesburg, 21 October 2021) — With deaths from tuberculosis (TB) increasing and TB preventive treatment decreasing, at this week’s 52nd Union World Conference on Lung Health the IMPAACT4TB Consortium noted with concern the findings of this year’s Global TB Report and called for an urgent scale-up of TB preventive treatment around the world.

Last week, the World Health Organization (WHO) reported that TB has seen a resurgence in 2020, the first year of the COVID-19 pandemic. The WHO report noted that only 29% of the overall global target of providing 30 million people with TB preventive treatment between 2018-2022 has been met. While the target for reaching people living with HIV has been surpassed, only 29% of household contacts under the age of 5 and 1.6% of household contacts aged 5 or older have received TB preventive treatment.

“We know how to prevent Tuberculosis (TB) and we have the tools at hand to prevent close contacts of people affected by TB from falling ill–and yet for the first time in over a decade we’ve witnessed an increase in the number of people dying from TB,” said Prof. Gavin Churchyard, founder and Group Chief Executive Officer of the Aurum Institute. “Not only am I devastated and saddened by this unnecessary loss of life, but I am also appalled by our moral failure to do better.”

TB preventive treatment has long been recognized as the main way to reduce the risk of TB infection from progressing to active TB disease. As such, heads of State and Government meeting at the United Nations High-Level Meeting on Tuberculosis in 2018 committed to providing preventive treatment to at least 30 million people by 2022, including 4 million children under five years of age, 20 million other household contacts of people affected by tuberculosis, and 6 million people living with HIV, receive preventive treatment. In 2019, the Lancet Commission on TB noted that failure to implement TB prevention strategies as one of the key barriers to ending TB.

“While the progress made in getting TB prevention to people living with HIV is a welcome piece of good news in an otherwise sobering report, we must remain focused on where efforts are lacking,” said Robert Matiru, Director of Programmes at Unitaid. “Millions of people – including young children who are particularly vulnerable to TB – continue to go without access to TB prevention. We know how to avert needless TB disease, but we need to see urgent action and resources committed to reach everyone at risk.”

In recent years, new, shorter TB prevention treatments have been rolled out around the world, cutting the duration of treatment from up to 36 months down to three months, and in some cases down to one month. People taking shorter drug regimens are more likely to complete their course of treatment for TB infection than those on longer regimens—leading to better outcomes.

The Unitaid-funded IMPAACT4TB consortium currently has 11 of 12 project countries starting 3HP, although the scale of implementation varies widely. At IMPAACT4TB sentinel sites in Zimbabwe, Kenya, Malawi, Ghana, South Africa, Ethiopia and Mozambique, almost half of the people living with HIV are now starting TB preventive treatment.

“Malawi recently announced the national scale-up of 3HP–a shorter, safer alternative to older TB preventive treatment–for all people newly initiated on HIV treatment,” said Emmanuel Kaonga, IMPAACT4TB Project Manager, KNCV Tuberculosis Foundation, Malawi. “This is a welcome development, and we hope to see more countries follow the Malawi government’s example. We also hope that such recommendations will soon be expanded to households contacts of people living with TB, including children.”

COVID-19 related restrictions on staff movement have affected the in-country product delivery, the provision of technical assistance, data verification, contact investigations and follow-ups which have led to the delayed expansion and rollout of 3HP. Restrictions have also impacted client accessibility as well as the ability of Health Care Workers to conduct follow-up visits to improve 3HP adherence. Virtual platforms were used to address these limitations. On the positive side, we have seen large scale task-shifting of health care workers and integration of TB and COVID-19 related activities.

At the same time as governments commit to scaling up 3HP, we need drug manufacturers to speed up the development and delivery of affordable, patient-friendly formulations of rifapentine for adults and children. This is required to improve the affordability of short-course TPT regimens like 3HP and 1HP and increase the acceptability of such regimens in TB-affected communities. The development of a 150 mg dispersible and functionally-scored rifapentine tablet suitable for children and a 300 mg functionally-scored rifapentine tablet for adolescents and adults are top priorities.

TB can lie dormant for decades before it strikes; this is called “ TB infection.” People with TB infection—almost a quarter of the globe—have no symptoms, is not contagious and most of them don’t know they are infected. If left untreated, latent infection can develop into active TB, the form of TB that makes people sick and is capable of being transmitted from one person to another. Treatment of TB infection is referred to as TB preventive treatment (TPT) and is one of the most powerful ways to prevent TB.

IMPAACT4TB – Increasing Market and Public health outcomes through scaling up Affordable Access models of short Course preventive therapy for TB. Unitaid is investing US$59 million in the Aurum Institute’s IMPAACT4TB project, to protect people most vulnerable to developing active TB. IMPAACT4TB is led by the Aurum Institute in consortium with the Clinton Health Access Initiative, KNCV Tuberculosis Foundation and John Hopkins University, in collaboration with the World Health Organization (WHO) and the Global Drug Facility (GDF). The four-year grant will prioritize short-course TB preventive treatment for people living with HIV and children under five, and subsequently all those in close contact with TB patients in 12 high-burden countries. The target groups will receive a quality-assured, affordable, short-course TB preventive treatment known as 3HP, consisting of high-doses of two antibiotics that treat TB (isoniazid and rifapentine given weekly for three months). www.impaact4tb.org

Unitaid is a global health agency engaged in finding innovative solutions to prevent, diagnose, and treat diseases more quickly, cheaply, and effectively, in low- and middle-income countries. Its work includes funding initiatives to address major diseases such as HIV/AIDS, malaria, and tuberculosis, as well as HIV co-infections and comorbidities such as cervical cancer and hepatitis C, and cross-cutting areas, such as fever management. Unitaid is now applying its expertise to address challenges in advancing new therapies and diagnostics for the COVID-19 pandemic, serving as a key member of the Access to COVID-19 Tools (ACT) Accelerator. Unitaid is hosted by the World Health Organization.

To request an interview, or for more information, please contact: 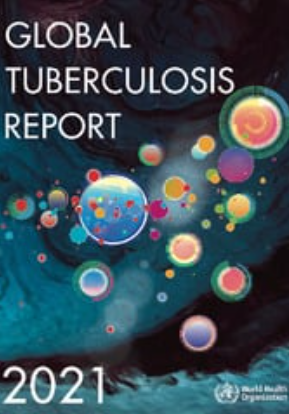 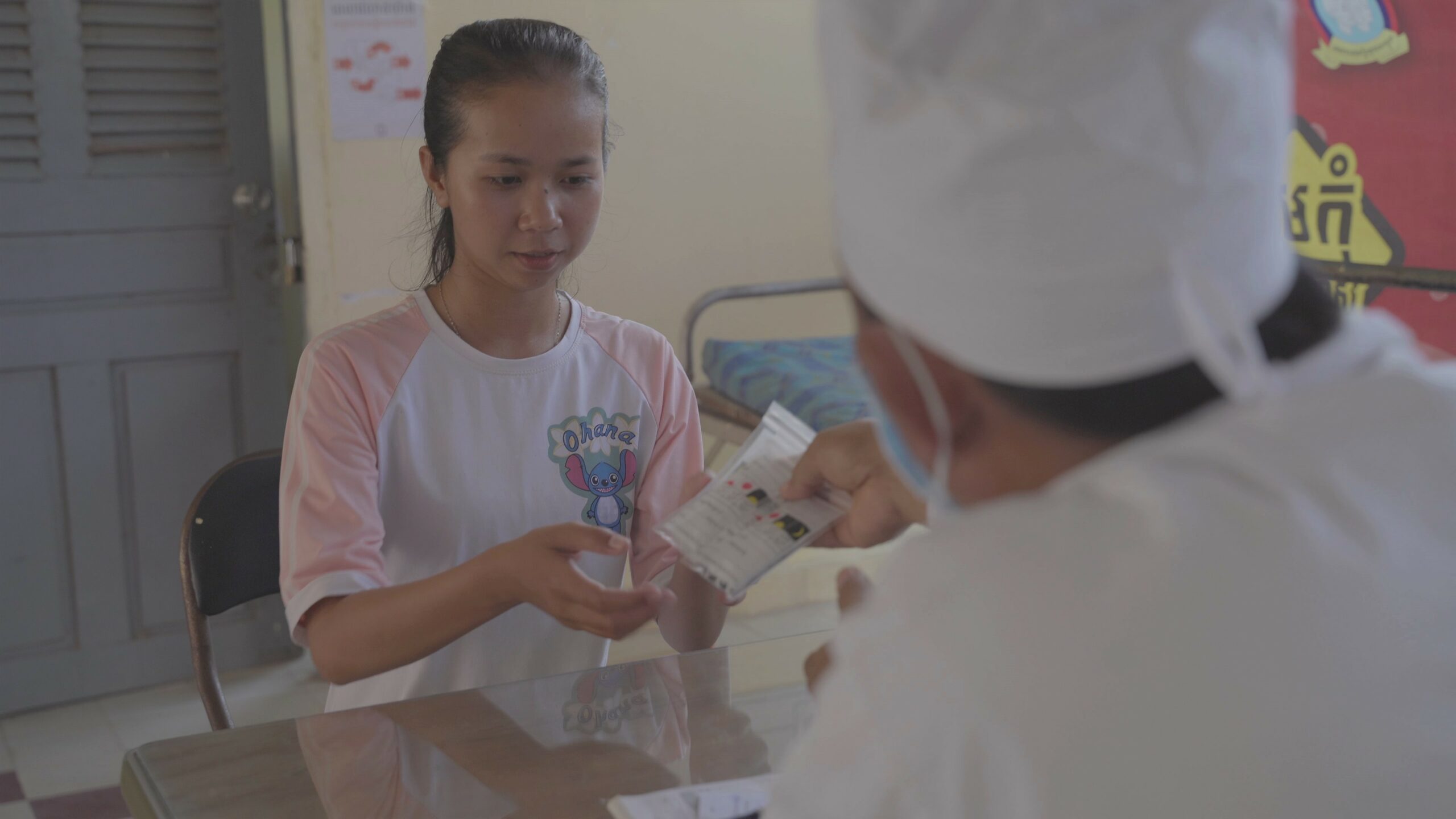 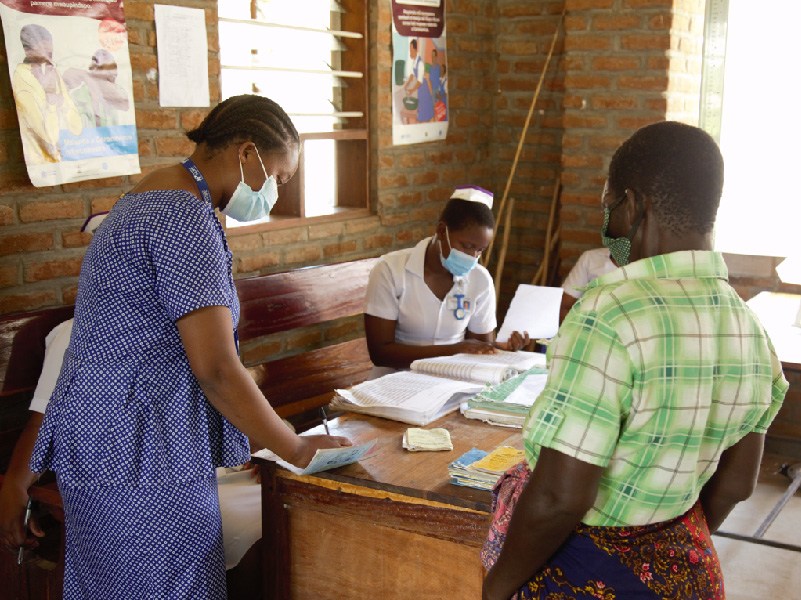 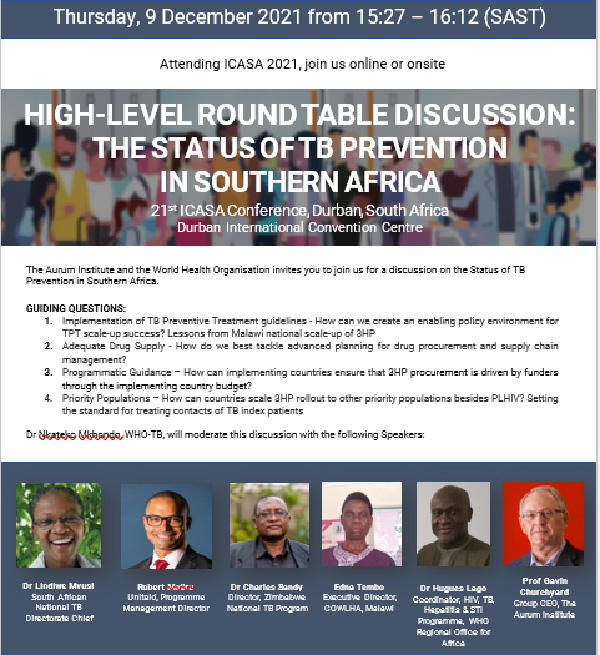